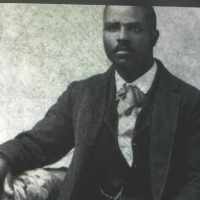 Put your face in a costume from Dee T's homelands.

This Act set a price at which gold could be traded for paper money.
Hebrew: According to some authorities, the name of the apostle is derived from a Syriac word of Hebrew origin, "tham," meaning to doubt, because of his doubting, and they say he was on that account called in Greek a word meaning of 2 hearts. But the Hebrew "tham" is a twin, and the Greek name Didymus has the same meaning. Tammy, Tammie, Thomasia, Thomasina, Thomassine, Thomazine, Tamasine, Tamsen, Tamzin, Tamzine, and Tamzzin are female names from Thomas. Tomas and Tamhus are Gaelic forms. Tubby is a Cornish form of Thomas. Tamlane and Tam are Scottish forms. Tom is abbreviated from Thomas and is sometimes found as a female name. Toume is an Anglo-Norman form of Thomas.