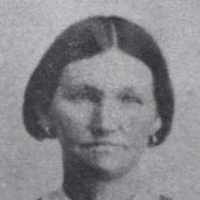 The Life Summary of Elna

When Elna Pehrsdotter was born on 5 October 1819, in Torreberga, Nefvishög, Malmöhus, Sweden, her father, Pehr Larsson, was 31 and her mother, Elna Hansdotter, was 28. She married Peter Yorganson about 1857. They were the parents of at least 2 sons and 1 daughter. She died on 12 March 1899, in Santaquin, Utah, Utah, United States, at the age of 79, and was buried in Santaquin, Utah, Utah, United States.

Put your face in a costume from Elna's homelands.

Of uncertain origin and meaning; possibly a variant of Alva .