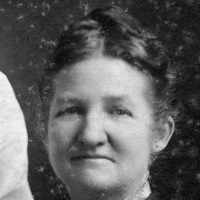 The Life of Mary Ephaline

Put your face in a costume from Mary Ephaline's homelands.

1 English, Scottish, and northern Irish: occupational name for a watchman or guard, from Norman French wardein (a derivative of warder ‘to guard’).2 English: habitational name from any of various places, for example in Bedfordshire, County Durham, Kent, Northumbria, and Northamptonshire, called Warden, from Old English weard ‘watch’ + dūn ‘hill’. Compare Wardlaw and Wardle 1.