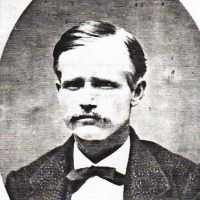 The Life Summary of Ezra Carter

When Ezra Carter Chase was born in October 1833, in Moose River, Somerset, Maine, United States, his father, Edward Chase, was 39 and his mother, Roxanna Crosby, was 39. He married Josephene Agnes Paxton on 13 January 1874, in Stockton, Tooele, Utah, United States. They were the parents of at least 1 son and 1 daughter. He lived in Challis, Lemhi, Idaho, United States in 1880 and Oroville, Butte, California, United States in 1900. He died on 15 August 1903, in Manila, Philippines, at the age of 69, and was buried in Philippines.

Put your face in a costume from Ezra Carter's homelands.

Oroville originally was known as Ophir City, but the name was changed in 1855.