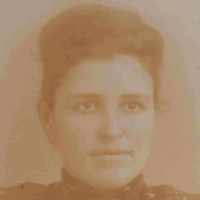 The Life of Louisa

Caused by many crimes and breaking the Tenure of Office Act, Many Senators and House Representatives became angry with President Johnson and began discussions of his Impeachment. After a special session of Congress, the Articles of Impeachment were approved by the House and then the Senate. Making Andrew Johnson the first President to be Impeached.
1884 · Iron Mining starts in Minnesota

After discovering iron ore in the Vermilion Range in North-East of Minnesota, iron mining companies began to come to the area and caused an economic boom to the area of Duluth and to the state as a whole.
1889

North Dakota is the 39th state.

1 German: habitational name for someone from any of several places named Meins or Meinsen.2 Jewish (Ashkenazic): variant spelling of Mainzer .