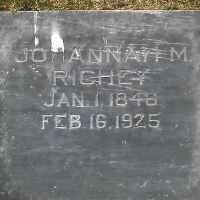 Put your face in a costume from Johanna Marie Rasmussen's homelands.

HANSEN, JENS J., wagon-maker, Manti, son of Jens and Charlotte (Peterson) Hansen, was born in Manti, June 19, 1863. The parents came to Manti in 1853 with the first Scandinavian emigrants. There is in …