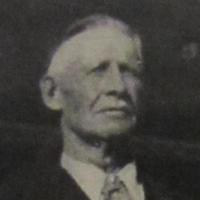 The country was in great economic distress in mid-1877, which caused many workers of the Railroad to come together and began the first national strike in the United States. Crowds gathered in Chicago in extreme number to be a part of the strike which was later named the Great Railroad Strike. Shortly after the strike began, the battle was fought between the authorities and many of the strikers. The conflict escalated to violence and quickly each side turned bloody.
1 English: occupational name for a transporter of goods, Middle English cartere, from an agent derivative of Middle English cart(e) or from Anglo-Norman French car(e)tier, a derivative of Old French caret ( see Cartier ). The Old French word coalesced with the earlier Middle English word cart(e) ‘cart’, which is from either Old Norse kartr or Old English cræt, both of which, like the Late Latin word, were probably originally derived from Celtic.2 Northern Irish: reduced form of McCarter .