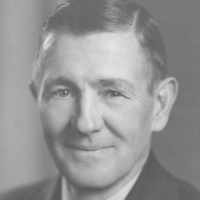 The first of many consumer protection laws which ban foreign and interstate traffic in mislabeled food and drugs. It requires that ingredients be placed on the label.
1 English: from Middle English more ‘moor’, ‘marsh’, ‘fen’, ‘area of uncultivated land’ (Old English mōr), hence a topographic name for someone who lived in such a place or a habitational name from any of the various places named with this word, as for example Moore in Cheshire or More in Shropshire.2 English: from Old French more ‘Moor’ (Latin maurus). The Latin term denoted a native of northwestern Africa, but in medieval England the word came to be used informally as a nickname for any swarthy or dark-skinned person.3 English: from a personal name (Latin Maurus ‘Moor’). This name was borne by various early Christian saints. The personal name was introduced to England by the Normans, but it was never as popular in England as it was on the Continent.