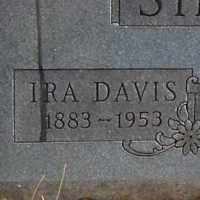 The Life of Ira Davis

Put your face in a costume from Ira Davis's homelands.

Statue of Liberty is dedicated.
1886

English (mainly Nottinghamshire): habitational name from any of various places, for example in Nottinghamshire, Bedfordshire, Norfolk, Shropshire, and Staffordshire, which are named from Old English scylf ‘shelf’ + tūn ‘enclosure’, ‘settlement’.