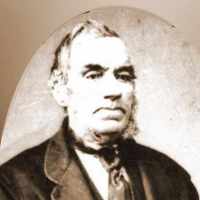 The defeat of Napoleon Bonaparte at Waterloo marks the end of the Napoleonic Wars. Napoleon defeated and exiled to St. Helena.
1821 · New Ouse Bridge Completed

English: from the Old English personal name Tāta, possibly a short form of various compound names with the obscure first element tāt, or else a nursery formation. This surname is common and widespread in Britain; the chief area of concentration is northeastern England, followed by northern Ireland.

1876 letter from Ann Johnson Tate to her stepson, John Tate and his wife, Ann Seetree Tate