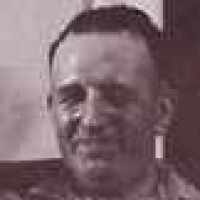 The Life of Arnold G

Put your face in a costume from Arnold G's homelands.

Detroit was the home of the second dime and nickel stores that S. S. Kresge owned. After two years with John McCrory, his partner, he traded his share in the Memphis store, plus $3,000, for full ownership of the Detroit store and formed the Kresge & Wilson Company with his brother-in-law, Charles J. Wilson. In 1962, the S. S. Kresge Company would rebrand and change their name to Kmart.
1916 · The First woman elected into the US Congress