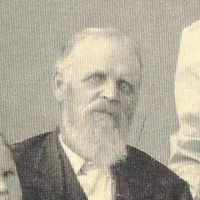 The Life Summary of Abinadi Jefferson

Put your face in a costume from Abinadi Jefferson's homelands.

Journal entry from Warren B. Smith about his father, Warren Smith, Second Husband to Amanda B Smith

Journal excerpt from Warren Barnes Smith about his father, Warren Smith. Jan 29, 1918 In my early boyhood, my father & mother separated in Salt Lake City. I, and my sister Sarah, was left in the k …