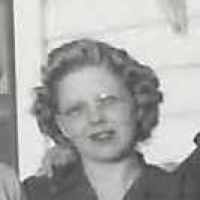 The Life of Frances Glenna

Put your face in a costume from Frances Glenna's homelands.

Starting with the sinking of the RMS Lusitania, which killed 128 American citizens, and many other conflicts with trade from Germany. Congress held a special meeting that resulted in The United States declaring war on Germany. Formally entering the First World War.
1935 · The FBI is Established