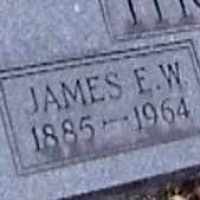 The Life of James Edward William

Put your face in a costume from James Edward William's homelands.

Bauxite a rock with relatively high aluminum content, is the main source of aluminum for the world. When it was discovered in Arkansas it changed the state. The city of Bauxite, Arkansas was the site of the discovery.
1906 · Saving Food Labels