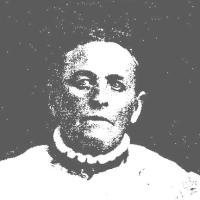 When Mary Stoddard was born on 27 January 1845, in Carlisle, Cumberland, England, United Kingdom, her father, Robert Stoddart, was 39 and her mother, Margaret Mariah McElvin, was 29. She married Stephen Mott in 1862. They were the parents of at least 1 daughter. She lived in Cumberland, England, United Kingdom in 1851. She died on 22 December 1909, in American Fork, Utah, Utah, United States, at the age of 64, and was buried in American Fork, Utah, Utah, United States.

It was the last Thursday in November, 1879. The fact that it was Thanksgiving Day, though, provided no impetus for the women of American Fork Ward to cancel their regularly scheduled testimony meetin …