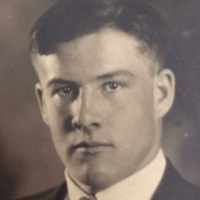 The Life Summary of Frank Walton

When Frank Walton Moore was born on 23 October 1905, in Portage La Prairie, Manitoba, Canada, his father, Ernest Walton Moore, was 26 and his mother, Georgina Christina Martha MacKay, was 19. He married Mary Elizabeth Slinn on 1 May 1946, in Resource, Saskatchewan, Canada. He lived in Saskatchewan, Canada in 1916. He died on 6 September 1960, in North Vancouver, British Columbia, Canada, at the age of 54.

Put your face in a costume from Frank Walton's homelands.