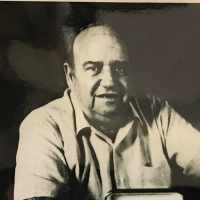 The Life of Jack Dorsey

When Jack Dorsey Maple was born on 6 January 1920, in Creek, Oklahoma, United States, his father, Robert Riley Maple, was 36 and his mother, Sarah Elizabeth Johnson, was 26. He married Anna Hagan Wirtz on 26 January 1949. He lived in Marion Township, Sebastian, Arkansas, United States in 1930. He died on 20 May 1986, in Yuba, California, United States, at the age of 66.

Put your face in a costume from Jack Dorsey's homelands.

By 1921, Tulsa was a booming city with a population of over one hundred thousand, with ten thousand African Americans in the Greenwood District. Crime rates in Tulsa soared and vigilantism was present. An incident occurred with Dick Rowland, an African American shoe shiner, and Sara Page, a white elevator operator. Reports claim Rowland stepped on Page’s foot and she let out a scream. The newspaper reported Rowland attempted to rape Page. Rowland was arrested and white vigilantes demanded the sheriff to hand over Rowland for lynching. An armed group of African American men went to the courthouse to aid in protecting Rowland from the mob. The group was turned away and a shot was fired between the white and African American groups, which ignited a riot. While buildings in Tulsa were burned, a major effort by whites focused mainly on the Greenwood District which was burned to the ground and many were shot. Over 30 people were killed and many were injured in the riots.
1922 · The First Radio Station WOK Begins Broadcasting

In 1922, Harvey C. Couch Sr. started WOK the first radio station in Arkansas. After a trip to Pittsburgh and the KDKA radio he came up with the idea for Workers of Killowatts (WOK). WOK had no commercials which was nice for the listeners.
1941

1 English: topographic name for someone who lived by a maple tree, Middle English mapel (Old English mapul).2 French: from Latin mapula, a diminutive of mappa ‘piece of cloth’, ‘napkin’, presumably a metonymic occupational name for a cloth merchant or a weaver.