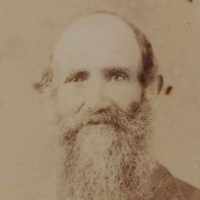 When William Henry Horn was born on 18 November 1821, in Tedburn St Mary, Devon, England, United Kingdom, his father, Richard Horn, was 29 and his mother, Mary Brewer, was 31. He married Sarah Morrish on 19 December 1842, in Crediton, Devon, England, United Kingdom. They were the parents of at least 7 sons and 3 daughters. He lived in Point Lookout, Box Elder, Utah, United States in 1870. He died on 17 June 1908, in Sublett, Cassia, Idaho, United States, at the age of 86, and was buried in Sublett, Cassia, Idaho, United States.

Point Lookout Above a flat on the west side of Lookout Pass (General Johnston's Pass in the days of the Pony Express) we find the marker for the location of the station also known as Point Lookout. …