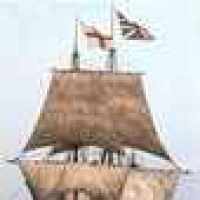 The Life Summary of William W.

Put your face in a costume from William W.'s homelands.

Some characteristic forenames: Irish Brendan, Kieran, Conor, Declan, Dermot, Fionnuala, Aidan, Aileen, Brigid, Donovan, Eamon, Jarlath.shortened Anglicized form of Gaelic Ó Coinn, earlier spelled Ó Cuinn, ‘descendant of Conn’, a personal name meaning ‘wisdom’ or ‘chief’ (see O'Quinn ). This is the name of several families in Ulster and counties Clare, Longford, and Mayo.shortened Anglicized form of Gaelic Ó Coinne ‘descendant of Coinne’, a personal name which may be a variant of Coinneach (see also McKenzie ). This is an Ulster surname, a sept deriving from Eoghan, son of Niall Naoighiallach, from whom Tyrone is named. In most cases the Anglicized forms cannot be distinguished from sense 1 above, although final -e may have been intended as syllabic.

William Quinn was born on January 3, 1806 in Grouville, Jersey, Channel Isles to Robert Quinn and Ann Napier. Mary Ann was born January 29, 1807 in South Molton, Devon, England to John Hosking and A …