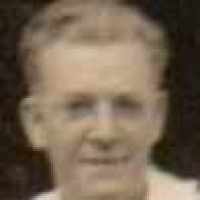 The Life of George Lockhart

When George Lockhart Forrester was born on 7 November 1892, in Dundee, Angus, Scotland, United Kingdom, his father, David Forrester, was 29 and his mother, Mary Halley, was 29. He married Margaret Barbour Nelson on 14 January 1916, in Govan, Glasgow, Scotland, United Kingdom. They were the parents of at least 1 son and 1 daughter. He immigrated to Ellis Island, New York City, New York, United States in 1924 and lived in Lower Alsace Township, Berks, Pennsylvania, United States in 1940 and Asbury Park, Monmouth, New Jersey, United States in 1960. In 1940, at the age of 48, his occupation is listed as youth director, salvation army in Lower Alsace Township, Berks, Pennsylvania, United States. He died in January 1982, in New Jersey, United States, at the age of 89.

Put your face in a costume from George Lockhart's homelands.

English: occupational or topographic name, from a derivative of Forrest .