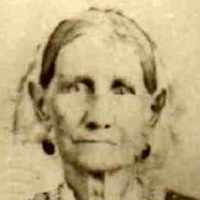 The Life Summary of Hannah Tucker

Put your face in a costume from Hannah Tucker's homelands.

"Corfield vs Coryell was a significant federal court case that upheld New Jersey's existing regulation, which prohibited any non-residents from gathering clams and oysters. The case was decided by Justice Bushrod Washington of the U.S. District Court for the Eastern District of Pennsylvania. Justice Washington primarily referenced the first section of the Fourteenth Amendment, regarding ""privileges and immunities"" to arrive at his decision."

English and Scottish: variant of Reed .History: A family called Read were established in America in the early 18th century by John Read, who was born in Dublin, sixth in descent from Sir Thomas Read of Berkshire, England. His son, George Read (1733–98), was one of the signers of the Declaration of Independence, and as a lawyer helped frame the Constitution.

James was born October 11, 1804, in Fermanaugh, near the town of Enniskillen, Ireland, as the son of Robert Graham and Ann Barrow. Evidently his mother died while he was young. His father, Robert, was …