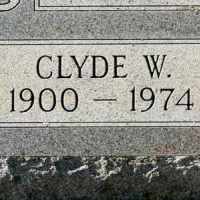 The Life of Clyde William

Put your face in a costume from Clyde William's homelands.

President William McKinley was shot at the Temple of Music, in the Pan-American Exposition, while shaking hands with the public. Leon Czolgosz shot him twice in the abdomen because he thought it was his duty to do so. McKinley died after eight days of watch and care. He was the third American president to be assassinated. After his death, Congress passed legislation to officially make the Secret Service and gave them responsibility for protecting the President at all times.
1914 · Florida Involvement in World War I

Florida contributed to World War I in several ways. The state's open land and warm climate made for a great military training location. Additional technological and agricultural developments took place in Florida as well. Roughly 42,030 Floridians joined the troops during 1917 and 1918.
1920