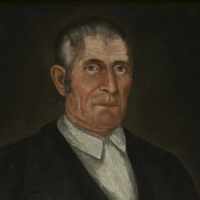 The Life of Henry D

Put your face in a costume from Henry D's homelands.

Caused by war veteran Daniel Shays, Shays' Rebellion was to protest economic and civil rights injustices that he and other farmers were seeing after the Revolutionary War. Because of the Rebellion it opened the eyes of the governing officials that the Articles of Confederation needed a reform. The Rebellion served as a guardrail when helping reform the United States Constitution.
1792 · Becomes the 15th State

On June 1, 1792, Kentucky became the 15th state. It was the first state west of the Appalachian Mountains
1808

Frisian: probably a habitational name for someone from Bant, in the 17th century an island in Friesland, now the village north of Emmeloord in the Noordoostpolder.

DANIEL BANTA married Elizabeth Le Compte. During the War of 1812 he served in Shelby's troop under Capt. Rice, and also took part in the battle of Tippecanoe. He was a farmer. In 1841 he removed from …