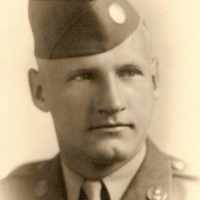 The Life Summary of Gunnar

When Gunnar Olsen was born on 11 March 1920, in Copenhagen, Denmark, his father, Valdemar Andreas Olsen, was 25 and his mother, Hedvig Eugenia Marie Sørensen, was 25. He married Helen Elizabeth Koenig Olsen on 10 October 1943, in Yonkers, Westchester, New York, United States. They were the parents of at least 1 son. He immigrated to United States in 1928 and lived in The Bronx, New York City, New York, United States in 1930. He registered for military service in 1941. He died on 28 December 2002, in New Springfield, Mahoning, Ohio, United States, at the age of 82.

Put your face in a costume from Gunnar's homelands.