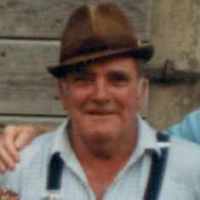 The Life of Josef

When Josef Schlund was born on 8 February 1922, in Rengershausen, Mergentheim, Württemberg, Germany, his father, Josef Schlund, was 43 and his mother, Luise Metzger, was 38. He married Hildegard about 1950, in Germany. They were the parents of at least 1 daughter. He died on 3 March 1996, at the age of 74.

Put your face in a costume from Josef's homelands.

On June 7, 1945, the Nuremberg trials begin, and last into the following year. The tribunal tried 24 Nazi officials and put 12 to death by hanging. In total, there were 216 court hearings.