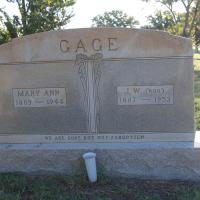 Caused by many crimes and breaking the Tenure of Office Act, Many Senators and House Representatives became angry with President Johnson and began discussions of his Impeachment. After a special session of Congress, the Articles of Impeachment were approved by the House and then the Senate. Making Andrew Johnson the first President to be Impeached.
1870 · Texas Is Restored to the Union

Congress restored Texas to the Union on March 30, 1870, despite not yet meeting all of the requirements established for re-admittance.
1890 · The Sherman Antitrust Act

1 English: from Middle English, Old French ga(u)ge ‘measure’, probably applied as a metonymic occupational name for an assayer, an official who was in charge of checking weights and measures.2 English and French: from Middle English, Old French gage ‘pledge’, ‘surety’ (against which money was lent), and therefore a metonymic occupational name for a moneylender or usurer.