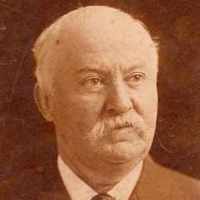 The Life of Levi Walter

Put your face in a costume from Levi Walter's homelands.

Starting as a voluntary association to help buyers and sellers meet to negotiate and make contracts. The Chicago Board of Trade is one of the oldest futures and options exchanges in the world and is open 22 hours per day .
1865

Possibly a respelling of French Dagay, a habitational name for someone from Agay, a district of Saint-Raphaël in Provence.