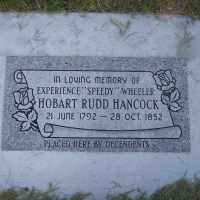 The Life Summary of Experience

Put your face in a costume from Experience's homelands.

The Life of Amy Hancock, Early Pioneer of Payson, Utah

I, Amy Hancock, daughter of Joseph Hancock and Experience Wheeler, was born in Clay County, Missouri, 12 May 1835. My parents joined the Church of Jesus Christ of Latter-day Saints. Father was in Zi …