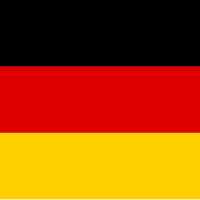 The Life of Johann Peter

When Johann Peter Reiff was born on 18 January 1696, in Germany, his father, Hans Johann Georg Reiff, was 37 and his mother, Anna Maria Werblin, was 33. He married Margaret Croasdale Smith in 1722, in Bucks, Pennsylvania, United States. They were the parents of at least 7 sons and 4 daughters. He died in 1790, in Rockland Township, Berks, Pennsylvania, United States, at the age of 94.

Put your face in a costume from Johann Peter's homelands.

1 South German and German: from Middle High German reif ‘(barrel) hoop’, ‘ribbon’, ‘cord’, hence a metonymic occupational name for a cooper or maker of ribbons, or from a house or tavern with the sign of a hoop.2 German: from the medieval personal name Riff, a short form of the Germanic name Rīchfrit, composed of the elements rīc ‘power(ful)’ + frid ‘peace’.3 Jewish (Ashkenazic): ornamental name or nickname from German reif ‘mature’.