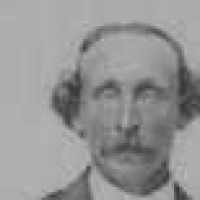 The Life of Eli David

Put your face in a costume from Eli David's homelands.

In 1860, the Pony Express used men riding on horseback to carry mail between St. Joseph, Missouri, and Sacramento, California.
1863 · Battle of Gettysburg

The three day Battle of Gettysburg was one of the bloodiest of the American Civil War. Between the Confederates and Unions, somewhere between 46,000 and 51,000 people died that day.
1865 · Slavery Abolished