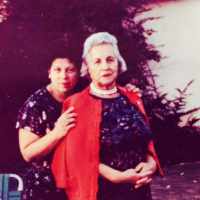 Jeannette Pickering Rankin became the first woman to hold a federal office position in the House of Representatives, and remains the only woman elected to Congress by Montana.
1917 · Women Given the Right to Vote in New York

Voters in New York approve a bill giving women the right to vote. This is passed three years prior to the 19th amendment to the U.S. Constitution which allowed women to vote nationwide.
1937 · The Neutrality Act

Sailed to Bermuda for Honeymoon January 1939