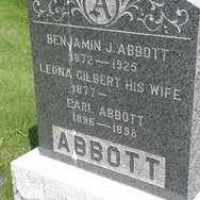 The Life of Benjamin Jackson

When Benjamin Jackson Abbott was born in January 1872, in Canada, his father, George B. Abbott, was 33 and his mother, Irena Bishop, was 37. He married Leona Alysdah Gilbert on 19 September 1894, in Robinson, Quebec, Canada. They were the parents of at least 1 son. He died on 21 April 1925, in Stewartstown, Coos, New Hampshire, United States, at the age of 53, and was buried in Stewartstown Hollow Cemetery, Stewartstown, Coos, New Hampshire, United States.

Put your face in a costume from Benjamin Jackson's homelands.