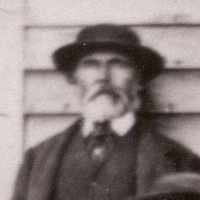 The Life Summary of William Peter

William Peter Hallett was born about 1810, in Vermilion, Vermilion River County No. 24, Alberta, Canada as the son of Henry Hallett Sr. and Catherine Dansee. He married Suzette Lunes in 1835, in Red River, Manitoba, Canada. They were the parents of at least 2 sons and 1 daughter. He lived in Pembina, Dakota Territory, United States in 1860 and Manitoba, Canada in 1870. He died on 27 December 1873, in St. James, Winnipeg, Manitoba, Canada, at the age of 63, and was buried in Portage La Prairie, Manitoba, Canada.

Put your face in a costume from William Peter's homelands.

Chief scout and leader of the 49th rangers