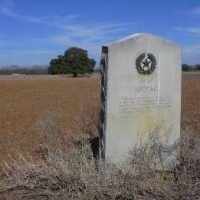 The Life Summary of Phineas Reeves

Put your face in a costume from Phineas Reeves's homelands.

Alexander Hamilton and Aaron Burr had been political enemies with intense personal differences for quite some time. Burr accused Hamilton of publicly disparaging his character during the elections of 1800 and 1804. On the morning of July 11, the two politicians went to Weehawken, New Jersey to resolve the disputes with an official duel. Both men were armed with a pistol. Hamilton missed, but Burr's shot fatally wounded Hamilton, who would die by the following day. The duel custom had been outlawed in New York by 1804, resulting in Burr fleeing the state due to an arrest warrant. He would later be accused of treason, but ultimately be acquitted.

Phineas Reeves Bird, born January 29, 1802 in Flanders, Morris Co., New Jersey. He married Millicent Coalman. He was called to serve as president of the only Quorum of Deacons in the Church March 21 …