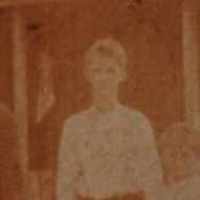 The Life of Sherwood Jones

Put your face in a costume from Sherwood Jones's homelands.

Northern Irish and Scottish: Anglicized form of Gaelic Mac Cuairt or Mac Cuarta, apparently meaning ‘son of a journey’, which Woulfe suggests may be a reduced form of Mac Muircheartaigh ( see McMurtry ).