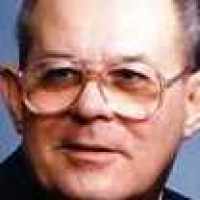 The Life of Edward Robert

Put your face in a costume from Edward Robert's homelands.

The Cleveland Museum of Natural History was established by Cyrus S. Eaton as a way to research and educate others in anthropology, archaeology, astronomy, botany, geology, paleontology, biology, and zoology. The first curator of the museum was Donald Johanson, the discoverer of Lucy.
1944 · The G.I Bill