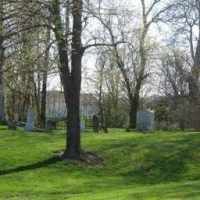 The Life of Jacob N.

When Jacob N. Pletcher was born on 27 February 1822, in Howard, Centre, Pennsylvania, United States, his father, Jacob A. Pletcher, was 34 and his mother, Anna Pletcher, was 37. He married Susanna Null on 21 December 1844. They were the parents of at least 1 son and 2 daughters. He died on 22 July 1868, in his hometown, at the age of 46, and was buried in Pletcher Cemetery, Galion, Crawford, Ohio, United States.

Put your face in a costume from Jacob N.'s homelands.

Americanized spelling of German Pletscher, a variant of Pletsch 2–4, with the addition of the agent suffix -er.