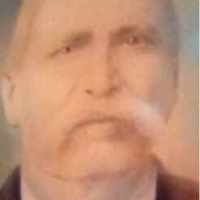 The Life of Pablo

When Pablo Costilla was born in 1857, in Mexico, his father, Juan Costilla Padilla, was 32 and his mother, Josefa Villarreal, was 37. He married Margarita Arreyano Gomez on 15 July 1895, in Piedras Negras, Coahuila, Mexico. They were the parents of at least 1 daughter. He died on 6 September 1932, in Houston, Harris, Texas, United States, at the age of 75, and was buried in Gethsemane Cemetery, Cass, Texas, United States.

Put your face in a costume from Pablo's homelands.

Spanish: perhaps from costilla ‘rib’, but more likely from a derivative of Costa .