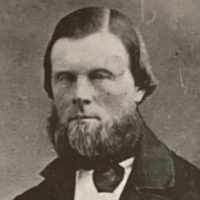 The Life Summary of Rasmus Rasmussen

Put your face in a costume from Rasmus Rasmussen's homelands.

My Great grandmother Christiane Johansen emigrated with Rasmus R. Lund, wife Maren Cathrina & 4 children from Lollland Denmark in the spring of 1857. Written by their names on the Lolland Conference l …