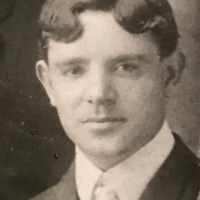 The Life of Frederick John

Put your face in a costume from Frederick John's homelands.

Thomas Edison had been seeking to create a more practical and affordable version of the lightbulb, primarily for home use. Edison had attempted several different materials, including platinum and other metals, before ultimately deciding on a carbon filament. On October 21, 1879, Edison finally carried out the first successful test of this new light bulb in Menlo Park, New Jersey.
1881 · The Assassination of James Garfield

1 English: patronymic from Cole 1.2 Irish: from a reduced form of McCool , with the addition of the English patronymic suffix -son in place of the Gaelic prefix mac.