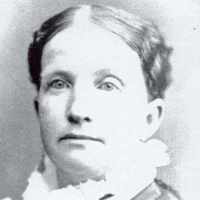 Scottish: habitational name from Affleck in Angus, Affleck in Lanarkshire, or Auchinleck (which was formerly pronounced ‘Affleck’) in Ayrshire.

Son William's tragic death, May 1855, during their immigrant journey to Utah as Mormon pioneers.

In the spring of 1855 they started the long trek. They knew nothing of what hardships were to be encountered, but such courage is really inconceivable. They forded rivers, climbed mountains, walked …