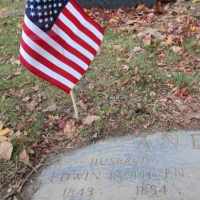 The Life of Edwin Ruthven

Put your face in a costume from Edwin Ruthven's homelands.

The Cleveland, Columbus and Cincinnati Railroad started running in February 1851, 15 years after it was charted for construction. It later absorbed a small bankrupt railroad in 1861 to help expand its services beyond just Cleveland, Columbus and Cincinnati. In May 1868, the railroad merged with the Bellefontaine Railway to connect the current cities with Indianapolis.
1860 · Perry Monument on Public Square

The Perry Monument was erected at the center of Public Square to commemorate the victory of the Battle of Lake Erie by Oliver Hazard Perry. It was Ohio's first monumental sculpture. It has since been moved to Fort Huntington Park.

Some Ohio history of the Andrews and Harrons

From: http://www.lkwdpl.org/history/5biographyA-F.htm#0:1: 32:1 ANDREWS FAMILY MRS. TOWNSEND'S SCRAP BOOK (Page 7) From the time of the Civil War, very little was done in general farming along t …