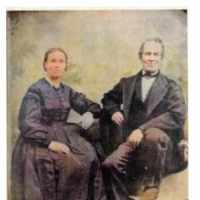 LIFE STORY OF ELIZA MARTIN ALLEN Account of my Great Grandmother’s life, as she gave it to her son, David R. Allen. He is doing the talking apparently as he writes it. –Lorna J. Harrison My father …