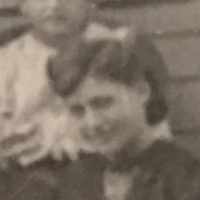 When Rose Linberger was born on 16 January 1889, in Montgomery, Le Sueur, Minnesota, United States, her father, Charles Karel Linberger, was 36 and her mother, Magdeline Annie Pavek, was 27. She married Joseph John Janovsky on 27 May 1909. They were the parents of at least 1 son and 1 daughter. She died on 18 August 1986, in Los Angeles, Los Angeles, California, United States, at the age of 97.

Angel Island served as a quarantine station for those diagnosed with bubonic plague beginning in 1891. A quarantine station was built on the island which was funded by the federal government at the cost of $98,000. The disease spread to port cities around the world, including the San Francisco Bay Area, during the third bubonic plague pandemic, which lasted through 1909.
1916 · The First woman elected into the US Congress