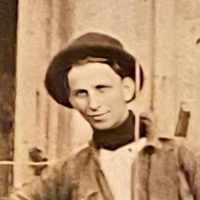 The Life Summary of William Raymond

Put your face in a costume from William Raymond's homelands.

(1997: 12443;2007: 28407; 2010: 38512)Some characteristic forenames: French Armand, Emile, Jacques, Marcel, Pierre, Andre, Lucien, Normand, Henri, Michel, Cecile, Gabrielle.English, Scottish, French, Walloon, Breton, Dutch, German, Polish, Czech, Slovenian, West Indian (mainly Haiti), and African (mainly Tanzania): from the personal name Bernard, from an ancient Germanic name, composed of the elements ber(n) ‘bear’ + hard ‘brave, hardy, strong’ (see Bernhard ). It was borne by several Christian saints, including Saint Bernard of Menthon (923–1008), founder of Alpine hospices and patron saint of mountaineers, whose cult accounts for the frequency of the name in Alpine regions. The popularity of the personal name was also greatly increased by virtue of its having been borne by Saint Bernard of Clairvaux (c. 1090–1153), founder and abbot of the Cistercian monastery at Clairvaux. In North America, the English form of the surname has absorbed cognates from other languages, e.g. Italian Bernardo . Bernard is the second most frequent surname in France. Compare Barnard , Benore , and Burnor .