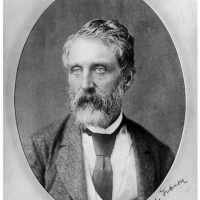 The Life Summary of Walter Murray

When Walter Murray Gibson was born on 16 January 1822, in At Sea, his father, John Gibson, was 30 and his mother, Lucy Murray, was 22. He married Rachel Margaret Lewis on 10 July 1838, in South Carolina, United States. They were the parents of at least 2 sons and 1 daughter. He lived in New York City, New York County, New York, United States in 1855. He died on 21 January 1888, in San Francisco, California, United States, at the age of 66, and was buried in Hawaii, United States.

Put your face in a costume from Walter Murray's homelands.