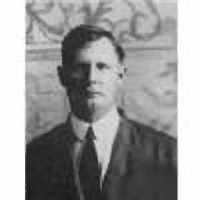 The Life of Adolph Frederich

Put your face in a costume from Adolph Frederich's homelands.

"On June 19, 1865, Gordon Granger (Union Major) read General Orders, No. 3 to the people of Galveston. The statement was written as follows: ""The people of Texas are informed that, in accordance with a proclamation from the Executive of the United States, all slaves are free. This involves an absolute equality of personal rights and rights of property between former masters and slaves, and the connection heretofore existing between them becomes that between employer and hired labor. The freedmen are advised to remain quietly at their present homes and work for wages. They are informed that they will not be allowed to collect at military posts and that they will not be supported in idleness either there or elsewhere."""
1882 · The Chinese Exclusion Act

German and Jewish (Ashkenazic): habitational name from Meissen in Germany, earlier ( 968 ad ) recorded as Misna, Misina, named for the small river Misna (today Meisabach), whose name is very ancient, probably pre-Slavic. The place was famous in the Middle Ages for the fine linen cloth produced there, and the German surname may also be an occupational name for a manufacturer or seller of such wares.