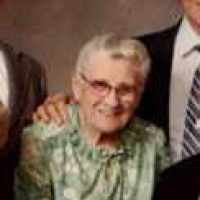 The Life of Della Natalia

Put your face in a costume from Della Natalia's homelands.

A short-lived Cabinet department which was concerned with controlling the excesses of big business. Later being split and the Secretary of Commerce and Labor splitting into two separate positions.
1905

1 Vietnamese: unexplained.2 Chinese 麦: origin unknown, although ancient accounts record its use in Guangdong and Henan provinces from an early date. The character for Mai also means ‘wheat’.3 Dutch, Danish, German, and French: variant of May .