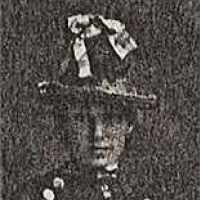 When Mary Wright was born on 22 January 1826, in Leeds, Yorkshire, England, United Kingdom, her father, Edmund Wright, was 31 and her mother, Mary Fowler, was 25. She married Alonzo Bartholemew Greaves on 24 February 1846, in Wakefield, Yorkshire, England, United Kingdom. They were the parents of at least 4 sons and 5 daughters. She lived in Viola Township, Osceola, Iowa, United States in 1880. She died on 6 July 1898, in Faribault, Rice, Minnesota, United States, at the age of 72.