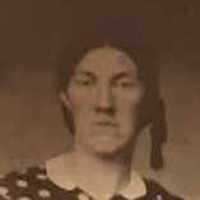 The Massive Internal Improvements Act of 1836 loaned Indiana $10,000,000 to create infrastructure such as canals, railroads, and roads across the state. The act was signed by Whig Governor Noah Noble and passed by the Indiana General Assembly. However, the financial crisis known as the Panic of 1837 thwarted these plans as costs ballooned. Construction on the infrastructure was not completed and the state debt rapidly increased.
1846

1 English and German: from a very widely used personal name of Germanic origin, composed of the elements arn ‘eagle’ + wald ‘rule’. In addition, it has probably absorbed various European cognates and their derivatives (for the forms, see Hanks and Hodges 1988 ).2 English: habitational name from either of the two places called Arnold ( see Arnall ).3 Jewish (Ashkenazic): adoption of the German personal name, at least in part on account of its resemblance to the Jewish name Aaron .